Penny Dreadful’s most devoted and commited fans with a tad bit of knowledge of the British and Irish fictional written matter of the 19th century had long ago spotted the characters which come from widely-acclaimed supernatural stories such as Bram Stoker’s Dracula, Oscar Wilde’s The Picture of Dorian Gray or Mary Shelley’s Frankenstein. Now, we have all already noticed how, more often than not, these works of fiction are some of the sources from which the TV series gets its tenebrous and grim mien.

Thankfully, CCGC libraries wrote an insightful article on the points of supply mentioned above, yet referred only briefly to the Romantics quoted on the show. In addition to their article, I’d like to call attention to the emotional holocaust and the foreshadowing of certain events made possible by John Milton, John Keats, William Shakespeare and Co.

„Darkling I listen; and, for many a time

I have been half in love with easeful Death,

Call’d him soft names in many a mused rhyme,

To take into the air my quiet breath”

In the fifth episode of the first season, „Closer than sisters”, as Sir Malcom recites the first four lyrics of the sixth stanza, it goes beyond the shadow of a doubt that they’re connected to his daughter and her fate. Obviously in pain, Mina was „half in love” with the idea of dying – putting an end to her sufferance caused by Vanessa and her father’s betrayal. It does not seem unreasonable to suppose that Mina herself can be seen as a Nightingale; her young, pure spirit was to obey a demonic creature on earth and in some christian cultures, the bird is the symbol of lost souls which wander constantly, trapped in Purgatory, craving the Heavens.

In the sixth episode of this season, „What Death can join together” we can hear Mary Shelley’s famous scientist and surgeon, Victor Frankenstein, delivering the following line, while speaking to professor Van Helsing:

Do you believe in fate? I don’t mean justice. I mean retribution. Facing the consequences of your actions that have produced catastrophe. A sin that is everlasting, one that you have made immortal. There is a line from Shelley that haunts me, a single line from Adonais. I cannot get it out of my head. ‘No more let life divide, what death can join together.

Here lies the beauty of John Logan’s writing. Having mentioned the fact that Mary Shelley was the wife of Percy Bysshe Shelly (the full name of the author quoted by Frankenstein) – fun fact: the love he had for her was so powerful and frantic, Percy threatened to commit suicide if she wouldn’t return it -, this idea and the one depicted in the quote go hand in hand, like Yin and Yang. Not only the script of Penny Dreadful, but its scenes and montage carry concealed symbols and analogies which reveal the dual nature of miss Ives, Sir Malcolm, Victor and his creatures, and the world itself.

Percy wrote Adonaïs while bristling with rage, as one of the illustrious poets of the Romantic era, and most importantly, a great friend of his – John Keats –, answered the final summons. We’re talking serious, even deadly, wordplay here; the speaker dwells on the possibility of leading a merry, hopeful life, as the brightest star of his youth disintegrated – Keats seems to be calling him, to join him in the afterlife. And like that our own Victor Frankenstein is attracted by the idea of immortality and allows himself to play God, consequently to create something which might be considered breaking the boundaries set in Victorian England, placing both life and death in his hands. 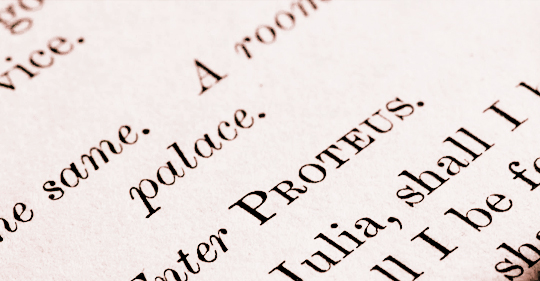 We cannot really get a full bite of the Victorian pulp if the Bard of Avon wouldn’t be summoned. There are tons of materials out there speaking of the metonimies and other figures of speech used in his work, therefore I will only make a quick sketch of the hints through which the show pays homage to his work: My mother taught me many things. Among the most useful is that one must always have Shakespeare at hand, says Doctor Frankenstein while talking to his second creation, Proteus. His first, the disfigured Caliban (the one with a nice guy syndrome) deeply grieves the present he lives in, one which lacks the shakespearean upheaval of feelings, but drips pornographic gore.

As we go back to the Scooby Doo bande à part in the finale, with a petulant papa Frankenstein leading them, Caliban/ John Clare somehow manages to always end up in situations where you can’t help but feel bad for the guy. It’s not his fault his „Creator” made him the way he is; it’s not his fault he lives in a shallow world where looks are imperative – mix all that with loneliness, self-loathing, grief and desolation and you get someone who would do anything to be loved – including compelling Victor to create him his other „half”, his Eve. So here’s where John Milton’s poetry makes an appearance, as Caliban splits from the children Victor truly cared for, and disobeys him, just as Adam disobeyed God, tempted by Vanessa Ives’ worst nightmare – the Christian Devil. And if you think about it, it’s not preposterous at all – why would anyone go back with joy to the person who threw them away in the first place? Moreover, why would something be created if it wasn’t wanted anyway?

“Did I request thee, Maker, from my clay/To mold me man?” 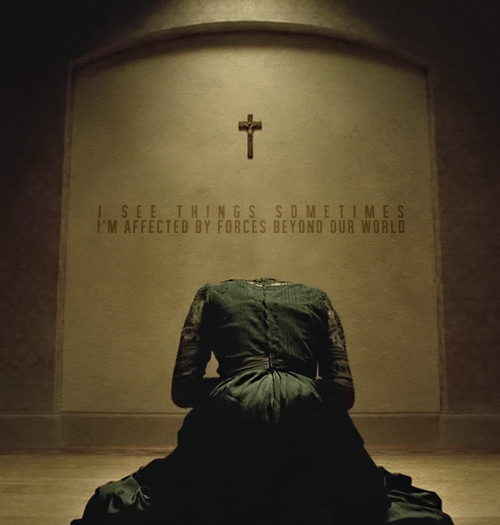 Last, but not least, the most overt of the show’s roots. We have the angels, the demons, their leader, we have crucifixes, Vanessa praying every night or each time danger’s around the corner, we have the non-believers (Ethan Chandler and John Clare), the spiders (in biblical terms, their craft is compared to the “hope of the wicked”), Brona’s Saint Jude necklace (who, by the way, is believed to be the patron saint of lost causes, so maybe what Ethan screamed in „Possession” at Vanessa was more of a desperate, intense prayer, than an impromptu exorcism) and all that divine jazz. 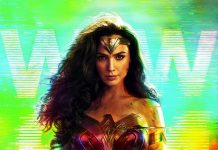 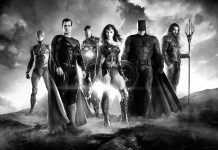 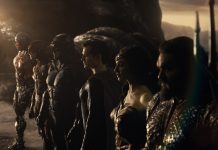