When writing about movies here at F and G must see, we tend to apply a certain methodology, not that we’d want to be labelled as stiff, just making sure we cover it all, screenplay, direction, acting, special effects, music and in the end the balance between all these and their impact on the big screen.

Then, rarely, something like “Mad Max: Fury Road” just happens and we’re forced to take a step back. What kind of a structure should we apply to analyze a movie that blends all its different parts into one, perfectly balanced yet eccentric, ecstatic, beautifully disturbing and deeply reverberating experience?

Mad Max was made to linger in the viewer’s mind, to stay in your visual memory, to leave you numb. The grip you will feel while watching Fury Road, will take hold of your breath about five minutes into the narrative. Then every few minutes it will tighten, you won’t even notice the passing of time.

You will just have this weird sensation that someone plays with your idea of social and mental sanity.

About scripts and direction…

This effect is not caused by the extremely simple, even to some extent narrow script written by the director George Miller, Brendan McCarthy and Nico Lathouris. In fact it’s important to notice that the script alone, could have led to a terribly disappointing film, due to its very restrictive dialogues and method of exposure. Every line somehow relies on the director’s ability to fill in the gaps with vivid imagery and masterful camera angles.

It really all boiled down to the visually impactful direction, sandy – flaming chromatic and subtle revealing technique, used to describe the mechanics of the dystopic societies in the Mad Max universe. George Miller’s choice was to keep the pace at a frantic level throughout the film and let the viewer discover everything as the wheels turn. Dialogues are scarce, phrases have a weird sense of pseudo coherence.

The whole construct of this work of art seems to mess with moral values in unexpected yet systemic ways. The award for best role goes to an invisible character, whose essence is found in every take, in every descriptive element, in every syllable: Madness. The universal engine, the mental V8, gate to Valhalla, where heroes reign eternal, “shiny and chrome”. Madness is the underlying puzzle, the canvas on which the picture is painted. 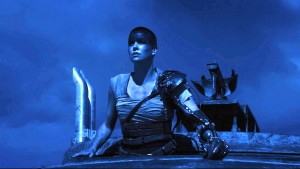 Don’t expect long exposures, don’t expect to be held by the hand. As a viewer, you will come to understand how it all works, the why’s behind every little thing, just by watching. Just by letting events unfold, following the ebb and the flow of the story. Yes, sure, we get introduced to this post-apocalyptic world, by Max’s powerful mantra like voice, but the short opening speech spends no time tutoring.

Earth was ravaged, by wars for fuel, wars for water and food. The earth is poisoned by radiation, everything and everyone is damaged. Madness is found in no short supply, among the surviving violent “societies”. The fury road is not only a physical highway, it is a mental state of constant collapse into deeper human structures. Instinctual memory wins an easy match against cerebral memory. On the fury road everyone runs. They run to kill, they run to survive, and they run to serve. Max runs to appease a haunting, unrelenting, traumatic past. The director contemplates madness in all its forms. From brooding tunnel views, to dictatorial extremes. There is no such thing as moral high ground. Max is depicted as a survivor, not amoral killer, yet he is never portrayed as benevolent, just suffering from an instinctual denial, that every so often saves his life.

“Hope is a mistake. If you don’t fix what’s broken, you’ll go insane”

Its George Miller’s innate ability to invest every detail with meaning, while using nontraditional elements. The baseline of sanity in this film is located far from any social hypocrisy. However insane the statement of survival can be, it never falls short of honesty, it does however lead into a trap. You see, if you accept e certain level of insanity, as a level of acceptable sanity early in the film, just as Miller planned that you will, then by the time the film is over you will feel strangely taken away from your social comfort zone. In other words, when madness starts to make sense, the V8 of this film will run like hell on wheels, not only on the big screen, but right inside your own mind.

About CGI and visuals…

Iloura’s amazing CGI craftsmanship, combined with Miller’s ability to organically fuse it with visual effects, pyrotechnical explosions and stunt choreography, blend in with natural environments perfectly. You can literally pause the screen and transform whatever is there into a desktop image. By now you have probably heard of the sandstorm scene, seen it in trailers and wondered if that was just the top of the iceberg, or the core. Worry not, the trailer reveals nothing. There will be moments when you’ll raise your hands in disbelief, and ask yourself:

“How the hell did he do this movie?”

Some of the camera angles, unexpected zoom takes and turns, left us breathless even outside the major events or scenes. As I write this review, one example comes to mind, when during a raging fight, one of the Warboyz tries to deliver a surprise fatal blow. The camera angles towards the approaching warrior, first focusing his mad eyes, then pans over his head and turns to reveal a satanically painted puppet head adorning his back armor. Then there’s the kamikaze “witness me” scenes, spread throughout the film, building the emotional background for the final suicidal gesture that Nicholas Hoult’s Nux makes.

Speechless. Then there’s the night scene and the ‘green place” scene and so on and so forth. Pure visual Wagner intravenously delivered every second.

By the way, the kamikaze nature of the Warboyz credo, is translated by their order title, the Kamacrazee Warboyz.

The acting is solid. Tom Hardy plays a truly mad Max. The reduction to instinctual survival openly declared at the start of the film, is only half true however. Hardy’s Max never  truly accepts companionship, but however short other characters intersect in his life, they all seem to peel away the visible layers of his personality. The little that is revealed, let’s the viewer discover fundamentally balanced moral traits. This was not an easy role to play. The madness that Max is accustomed to is complete alienation from any society or citizenship. The nuances that somehow all had to find a place on the same visage, challenged Hardy’s acting skills to their limit. He didn’t fail to deliver.

Charlize Theron flat-out nails the badass imperator Furiosa. Her character receives the most attention when it comes to founding mythos and it must be said, in any other movie, it would not have made much sense, but seeing the blind fanaticism of the WarBoyz, their extreme credo that the only true life is beyond death (“I Live, I die, I live again!”), well, it just makes for a perfect situation where something like Furiosa could happen. Her ferocity is matched only by her ability to hide her true nature and ultimate goal.

Nicholas Hoult builds the perfect descriptive character. In fact Nux is present not only to explain how the Warboyz came to be, but also to help describe the extreme nature of their paternal society, the reason for their worship of Imortan Joe. Nux also helps portray Max’s violent manifest, the necessity for Max’s violent struggle. 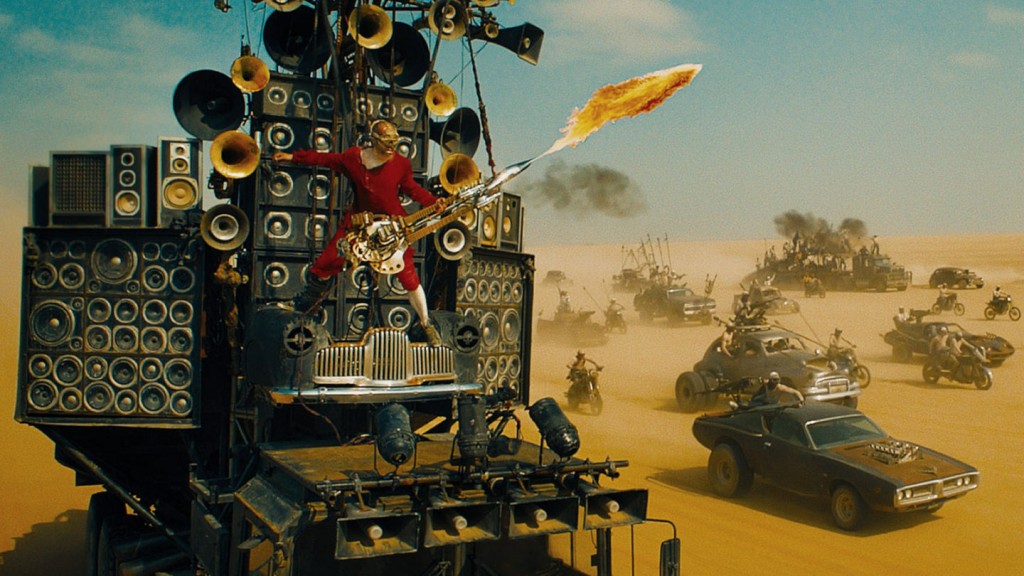 Junkie XL delivers an atmospheric mind-blowing soundtrack. Mainly because it follows the storyline structures of the Fury Road in every take. The composer proves yet again he is able to adapt to any narrative line, using his by now known technique, namely building a set of basic melodic lines and then adapting them to the rhythm and pace of the action, or to the emotional weight of the scenes through spiraling crescendos, that reach almost symphonic dimensions. This is not the first time we appreciate Tom Holkenborg (aka Junkie XL) and we are carefully following his career.

Well, first off, we know we’re publishing this much later than the release date. Partly because we needed to indulge in some minor spoilers just to be able to cover it all. Partly due to how difficult it was to review such an amazing breathtaking film experience. This is definitely a must see and it matters very little what your taste in movies is, where you’re from, or how easy or impossible it is for anything to impress you.

Madness is an international language. In fact let me rephrase the famous Casablanca dialogue:

“Major Strasser: What is your nationality?

Captain Renault: That makes Rick a citizen of the world.”

adapting it to contemporaneous cinematography and film criticism in general. This film is mad. A mad film, about a mad dystopic world growing like a weed on the world’s tomb. This makes

“Mad Max: Fury Road” a film for everyone. A rare and unexpected cinematic event that nobody should miss. 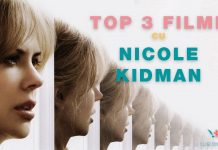 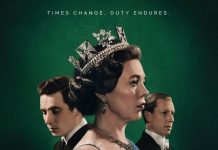 The Hobbit: The Battle of the Five Armies – Teaser Trailer...