Going back to the history behind a movie, is something we do often at F and G must see in our review introductions, usually just to get our readers into the mood and provide the proper setting. “Terminator: Genisys” however is the kind of film we just cannot review without making some serious digging into the past of the franchise. There are a lot of aspects in this film that went right, but then, for each awesome plus, there is an equally amazing minus and it all boils down to the founding concepts, timelines and mythos.

Remember “The Terminator”? You know, the 1984 James Cameron film, that took Hollywood by surprise, leaving critics in awe and pushing Arnold Schwarzenegger into the A – list? What made it so big was the solid acting, the social criticism, the urban imagery, the ever so dark, pessimistic, “future cannot be changed” atmosphere, coped with the cyber industrial soundtrack and Schwarzenegger’s quiet, relentless, granite cold expression. Then in 1991 “Terminator: Judgment Day” built upon the established story arc in unexpected ways, placing the T800 between the T1000 killing machine and John Connor, offering some of the most visually powerful scenes in moviemaking history. “Judgmenet Day”s opening scene depicting the never-ending onslaught wreaked by Skynet upon the crippled survivors, future Connor’s fierce nothing to lose look, the end of days nightmare, with its brooding pessimism and Linda Hamilton’s truly badass acting. The 1991 Sarah Connor is one of the best action film female heroes ever portrayed.

I am not wasting anyone’s “Terminator: Genisys” review time here, in fact while you might think this article is some sort of nostalgic memento, I just thought we needed to get the elephant out of the room, by clearly stating everything that “Genisys” doesn’t have. It takes less than 15 minutes into the main narrative to understand, that whatever made the first two films of the series unforgettable, the core defining characteristics, are simply not here.

Instead, we are left to discover a completely different Terminator. One that talks continuously, blabbering pseudo science. Not only does the new terminator talk a lot, but the very character is completely changed, transformed into this chatterbox father figure, that all but extinguishes every hope of depth, or unexplored dimension. While “Judgment Day” did some great work in subtly teasing the Terminator’s human like behavior, almost inexplicable empathic traits, leaving you to ask yourself “does the machine actually feel?”, “Genisys” puts the whole doubt to rest, filling the terminator with emotion, empathy, paternal protection, even alluding that the Terminator is keeping a close red eye on the future husband to be.

Hell, towards the end, it’s almost like the Terminator gives his blessing.

While I am a huge “mother of dragons” fan, Emilia Clarke’s mom Connor, doesn’t even come close to the self developed soldier mother, obstinately building herself into a powerhouse, able to stand her own ground and then some, that Hamilton brought to screen.

Jason Clarke has a few good moments, not enough to save a completely botched reinterpretation of the leader prophet we were all hoping for. It’s no spoiler if you’ve seen the trailer, (why oh why did they reveal it during the trailer in the first place?) Connor is actually the new T3000 Terminator, scared by a desperate Skynet, into a non machine, nonhuman, “something in between” thing. As for Jai Courtney, well, let’s just say that whatever acting he pulls, is short of any impact.

It’s not that the actors didn’t try, but the screenplay is a mess.

Complete with an exhaustive negation of every Terminator film you previously saw and a timeline so completely broken, it took the cast every dialogue they had to explain it, while still not making much sense. When you finally understand what happened, it’s not because it was a complex story, driven by unexpected, mind blowing, brain puzzling events, it was the same idea from “Judgement Day” only refurbished.

All of the above being stated,

“Genisys” is such a fan service packed movie, it almost seems like a tribute.

The T800 -T800 fight will have you hold on to your seats. You’ll hear all of the franchise’s signature lines, Schwarzenegger’s CGI young alias will have you remember the good old days. Special effects, whether computer generated or not, are all up to standards and even if the rhythm and pace of the film as a whole seems to lack balance, the action scenes are furious.

The by now famous “Terminator” music theme is brought back, with enhanced sound effects, to the delight of long standing fans everywhere, however nothing new will impress just as much, from a soundtrack perspective.

Da word from F and G, is “Terminator Genysis” a must see?

Yes, but It’s one of those painful mixed feelings situations.

On one hand, you cannot be a true fan and not see this. The sheer amount of fan service composed of dialogues, scenes and music pointing to what made the Terminator films impactful back in 84 and 91, should be enough for you to grab a bag of popcorn and make a run for the tickets.

While it falls far from the tree in terms of atmosphere, acting performance and artistic direction, “Genisys” does shine every once in a boring exposition dialogue. The fans will love the attention they get, but they will probably blame Alan Taylor for not staying true to Cameron’s tone. 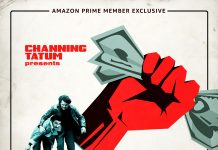